The Ashley Jewish Homesteaders Cemetery is located approximately three miles north of the intersection of North Dakota Highways 3 and 11, and the city limits of Ashley, the county seat of McIntosh County. McIntosh County is situated in south central North Dakota, the second county east of the Missouri River, and its southern boundary forms part of the border between North and South Dakota. The cemetery sits on privately deeded, treeless prairie land measuring 275 feet by 275 feet. A paved country road that comes out of Ashley and heads north towards Logan County borders the cemetery on the east. The other three sides of the property are adjacent to a cattle ranch and prairie grasses. Homesteader pyramids of cleared rocks and stones dot the landscape nearby. 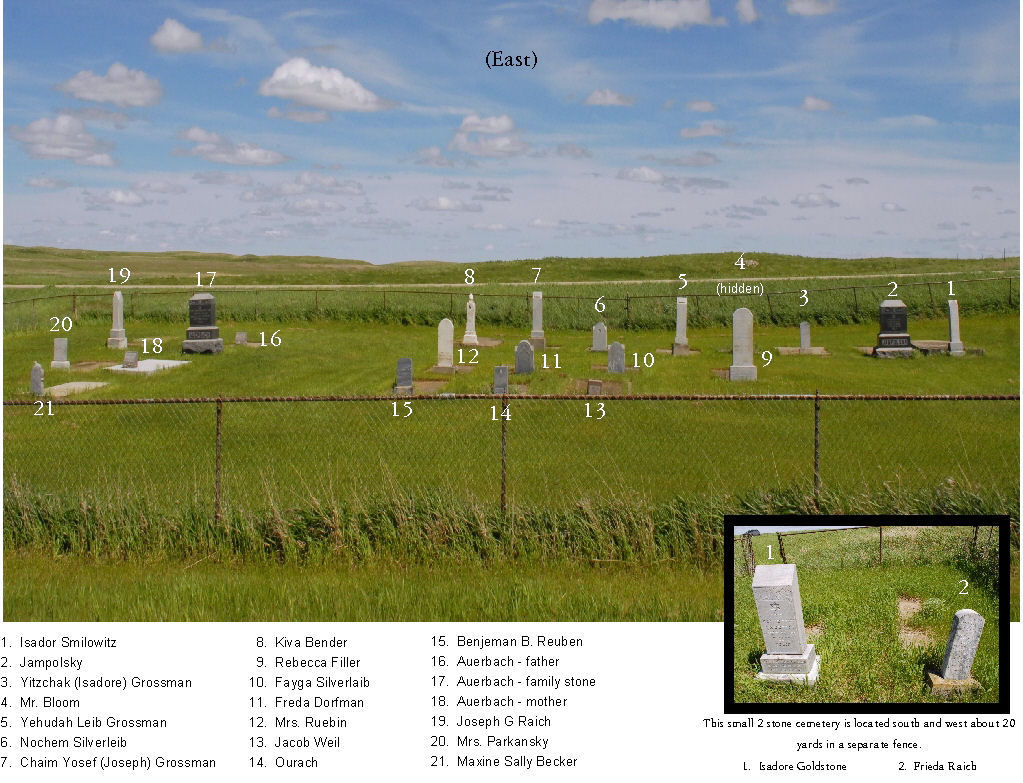